In stock
SKU
HTO-MMRCTV60
Be the first to review this product
$88.00 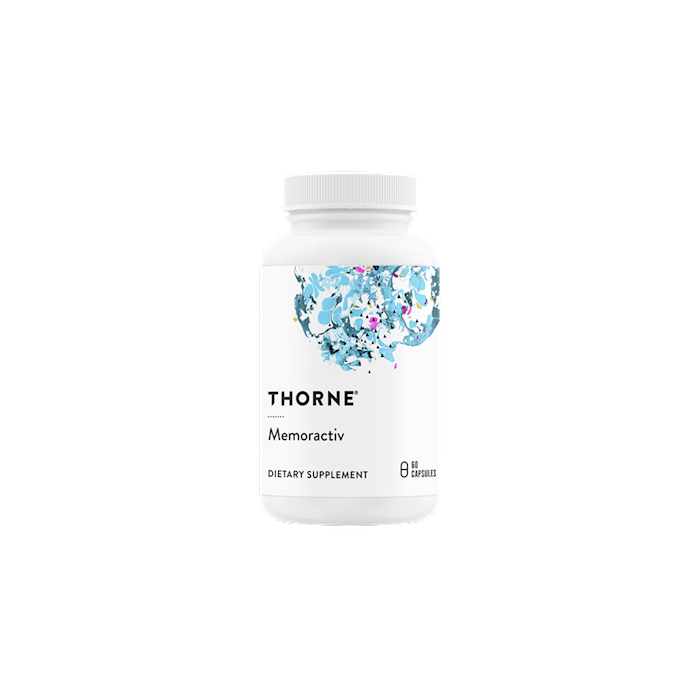 Thorne Research has created a comprehensive, synergistic blend of the most widely studied supplements that can promote brain health in one memory-enhancing product.* The ingredients in Memoractiv support cognitive function via a variety of mechanisms of action and are provided in a convenient combination formula.*

An Ayurvedic herb, Bacopa monnieri is neuroprotective and has been shown to support memory and learning.* Bacopa results in a relaxed-yet-focused effect by enhancing levels of the inhibitory (relaxing) neurotransmitter GABA.*

ALLERGY WARNING
This product is contraindicated in an individual with a history of hypersensitivity to any of its ingredients.

PREGNANCY
If pregnant, consult your health-care practitioner before using this product.

INTERACTIONS
Because of the blood-thinning effects of some of its ingredients (vinpocetine and Ginkgo), Memoractiv should be used with caution or avoided in individuals on anticoagulant therapy.

More Information
Reviews
Write Your Own Review
Only registered users can write reviews. Please Sign in or create an account