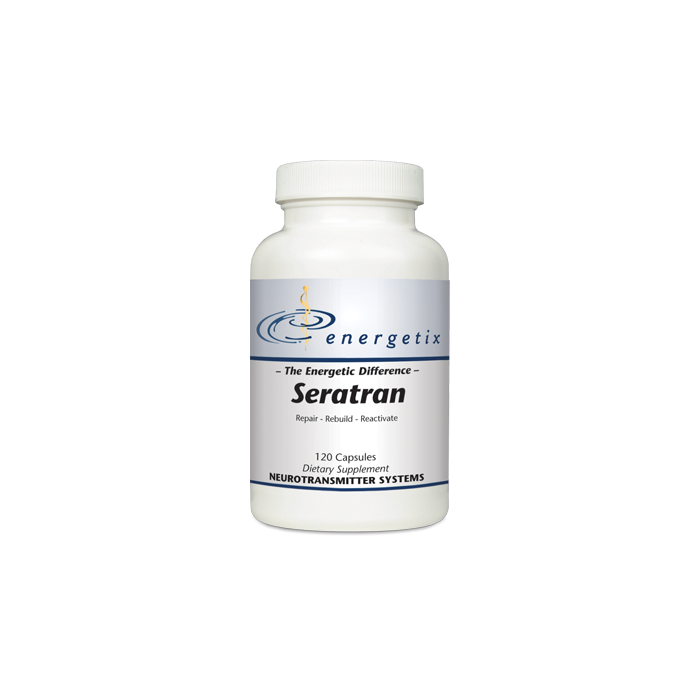 Seratran is a dietary supplement uniquely formulated with vitamin and mineral co-factors and the neurotransmitter precursor 5-HTP which is necessary for optimal serotonin production.

Because serotonin cannot cross the blood-brain barrier, brain cells must synthesize their own serotonin from 5-HTP. Serotonin is a master neurotransmitter, showing relationships with, and affecting all major neurotransmitters such as dopamine, norepinephrine, epinephrine and GABA. It is a precursor for melatonin, which regulates sleep and ovulation patterns.

More Information
Reviews
Write Your Own Review
Only registered users can write reviews. Please Sign in or create an account
Related Products
Check items to add to the cart or